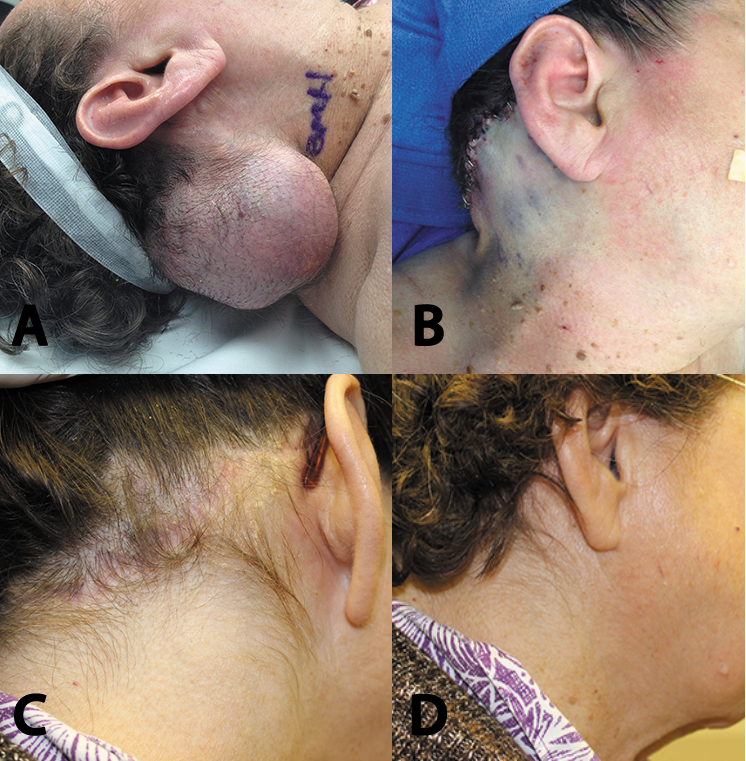 Before and After Photos:

A shows right neck mass in the operating room, just prior to the start of surgery and B shows the patient’s neck immediately after surgery. You can see the incision falls nicely at the patient’s natural hairline and is placed in the same location as a facelift incision. C and D show the right neck and incision at her three month post-operative visit. The incision has healed nicely and is barely noticeable.

A 66 year-old woman presented with a chief complaint of a large growth on the right side of her neck. She first noticed this lump about twenty years prior. It slowly enlarged over two decades. For many years the growth did not bother her because of its location on the back of the neck, hidden underneath her hair and mostly out of sight. The mass continued to grow beyond the point of her ability to conceal it. Eventually, the growth became noticeable and began to draw unwanted attention and comments. It began to take an emotional toll on her self-esteem and she started to avoid going out in public.

The procedure was performed under general anesthesia on an outpatient basis. In order to preserve the patient’s natural hairline and hide any scar that might result, the incision was placed at the hairline and behind her right ear. The cyst was carefully dissected away from the delicate muscles, nerves and blood vessels within the neck. Since the cyst had been growing slowly over several decades, the skin and soft tissue overlying the mass had stretched considerably. About 4 inches of skin had to be removed in order to close the incision properly, without any redundancy.

Just one week after having this large neck mass removed, the patient noticed a significant improvement in her self-esteem and confidence. Furthermore, she had no hesitation about being seen in public.

Although the image of plastic surgery is improving in the mind of the public, plastic surgery often continues to be stigmatized. This case highlights the importance of an overlooked, yet highly important and rewarding, aspect of plastic surgery — the reconstructive element and its ability to make a profound positive change in a person’s life. 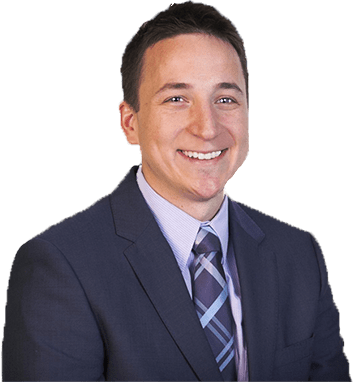 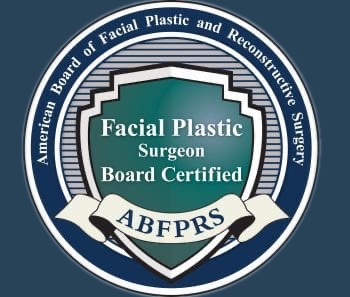